My dream of visiting St. Elmo came true last week when I was passing through Chattanooga.  I took photos of just about everything with St. Elmo written on it, including buildings and street signs.  The main attraction in St. Elmo is the Lookout Mountain Incline Railway.  The original railway was built around 1895.  The current railway was finished in the 1980s.  It has all the thrill of a rollercoaster and more because it goes up and down the side of Lookout Mountain. 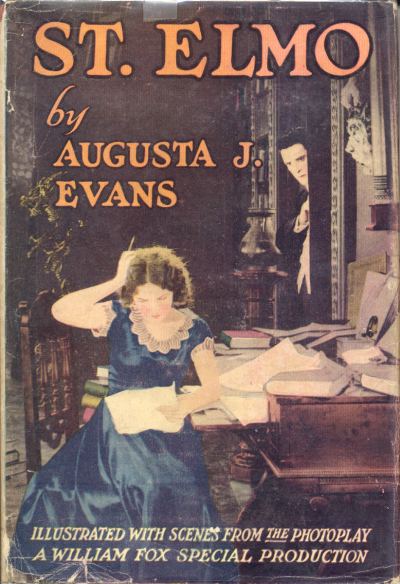 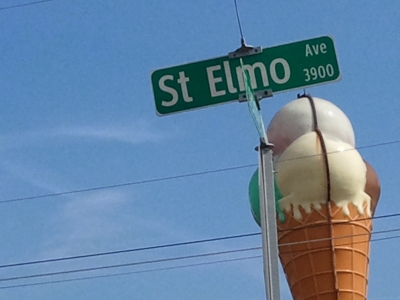 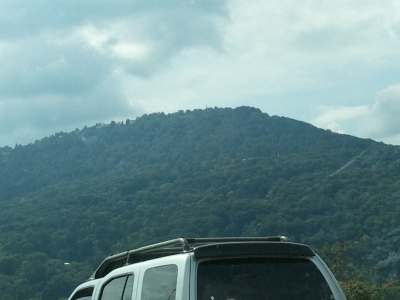 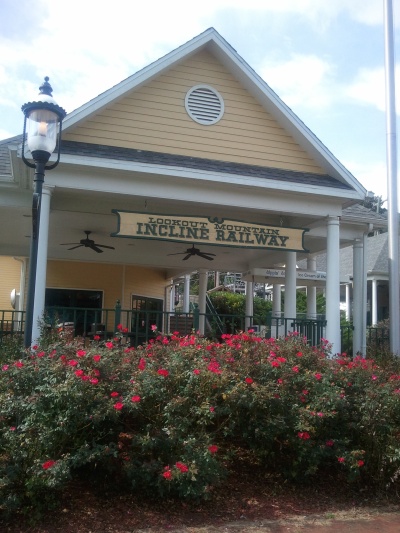 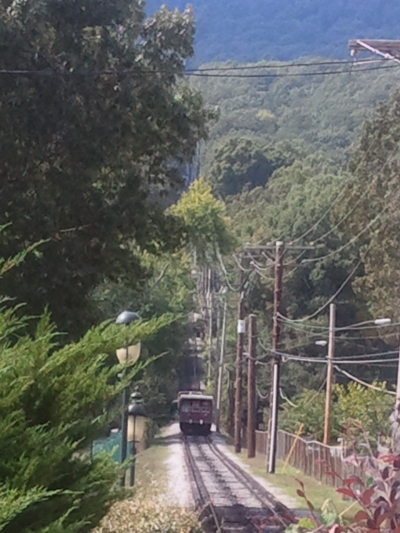 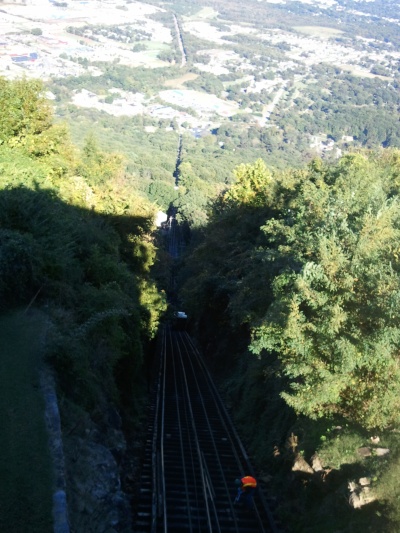 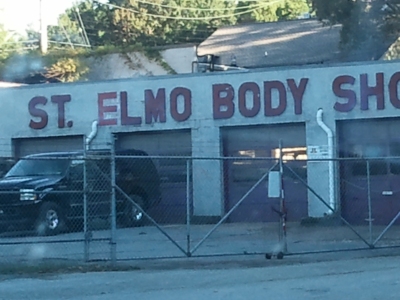 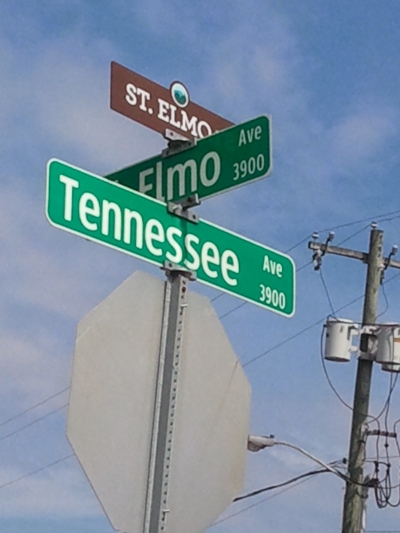 For more information about the village and it’s connection to the ST ELMO novel, I recommend CHATTANOOGA’S ST. ELMO, by Gay Morgan Moore, and ST ELMO YESTERDAY AND TODAY: “The Story of a Community,” by Jeffery C. Webb.

To read my endorsement of silent films, see my post  “The Twilight Saga: To Stare or Not to Stare?” 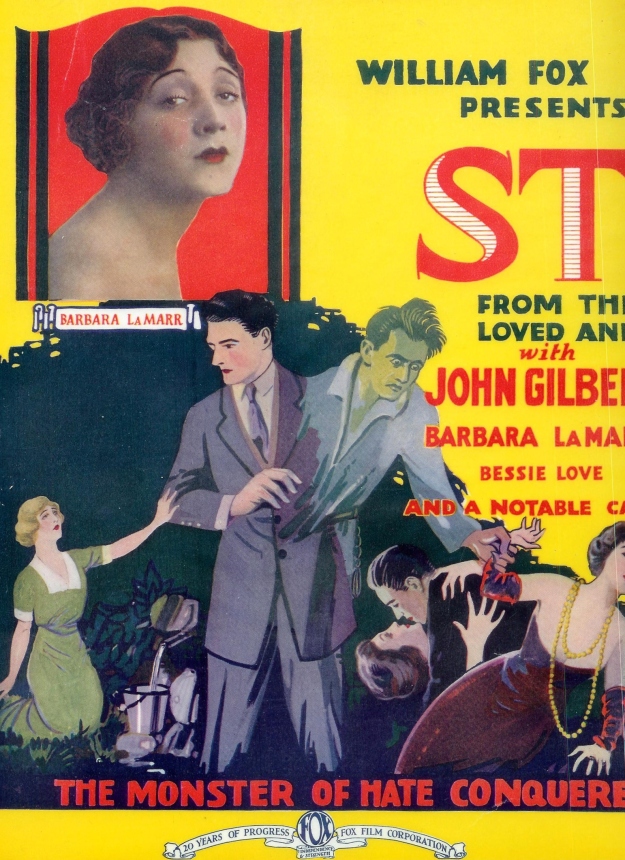 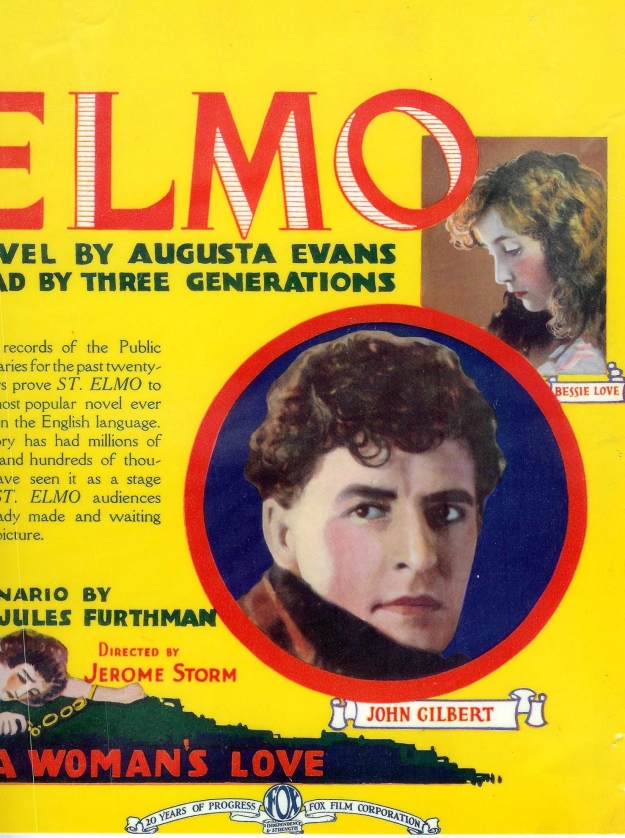 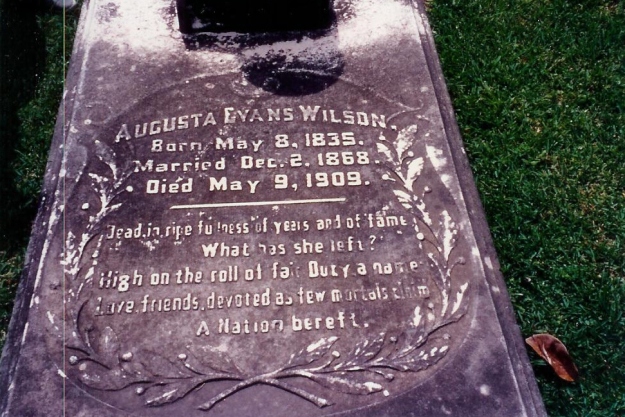 Augusta Jane Evans Wilson is my favorite novelist and her fourth novel, ST ELMO, is my favorite novel.  That’s why I made a pilgrimage, so to speak, to Mobile, Alabama, in the 1990s.  I wanted to learn everything I could about this brilliant writer, whose main character, “St. Elmo,” inspired Margaret Mitchell’s “Rhett Butler.”

Although Augusta was born in Columbus, Georgia, she spent most of her life in Mobile.  I visited the house in which she wrote ST ELMO, found her portrait in the Mobile Infirmary (which she helped found), and took photos of her grave.  Her friend T.C. De Leon wrote her epitaph, which is still decipherable on her grave.  (He also wrote a brief biography of Augusta called BIOGRAPHICAL REMINISCENCES OF AUGUSTA EVANS WILSON.) 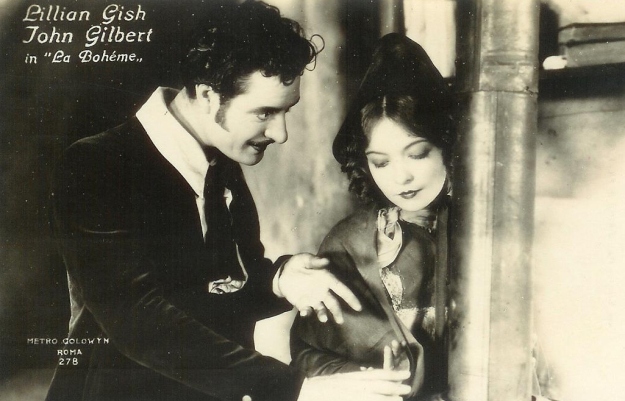 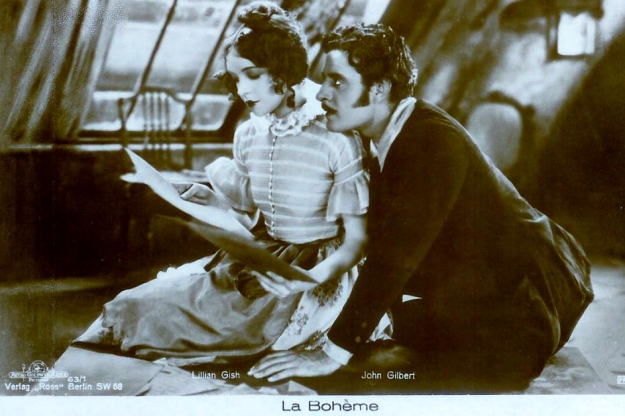 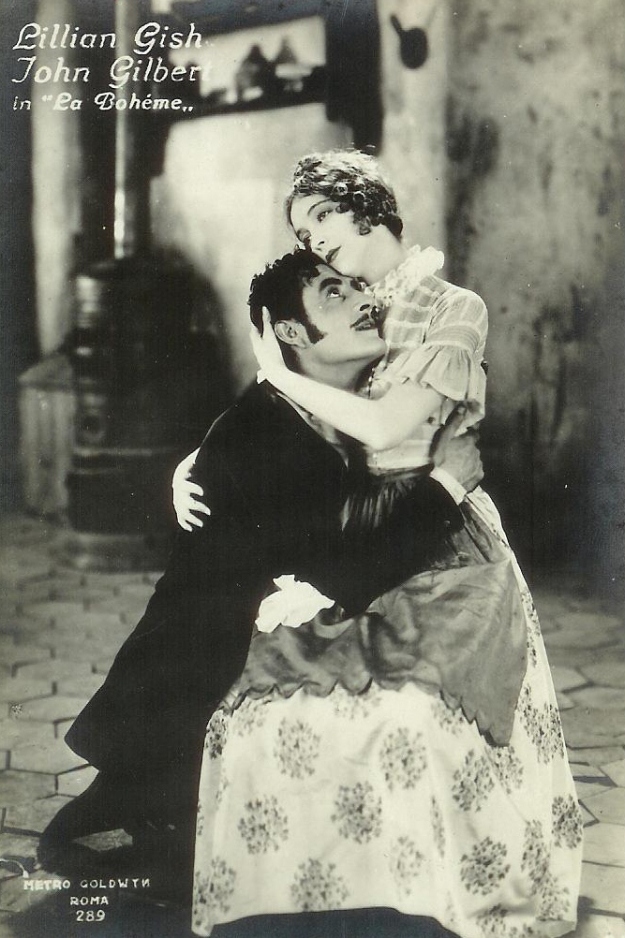 John Gilbert plays a master of escape (like Houdini) and a master of disguise in THE PHANTOM OF PARIS (MGM, 1931).  The film is based on the novel CHERI-BIBI, by Gaston Leroux, who also wrote THE PHANTOM OF THE OPERA.  Leatrice Gilbert Fountain loaned me this photo years ago to publish when I was editing the John Gilbert Society Appreciation newsletter.

This is the dust jacket of a small copy of THE MERRY WIDOW novel, which was made into a film, starring John Gilbert and Mae Murray in 1925.  The fly leaf reads “THE MERRY WIDOW; A NOVEL FOUNDED ON FRANZ LEHAR’S OPERA AS PRODUCED BY HENRY W. SAVAGE.”

The book was published by The Readers Library Publishing Company LTD. in London, England.  The “Editor’s Note” includes a brief history of THE MERRY WIDOW as an on-stage musical comedy and pays homage to the 1925 film version.  The novel does not include movie stills. It is old and fragile and probably dates to 1925.

However, I have a larger photoplay edition (A. L. Burt Company in New York) that’s missing a dust jacket but includes four movie stills. 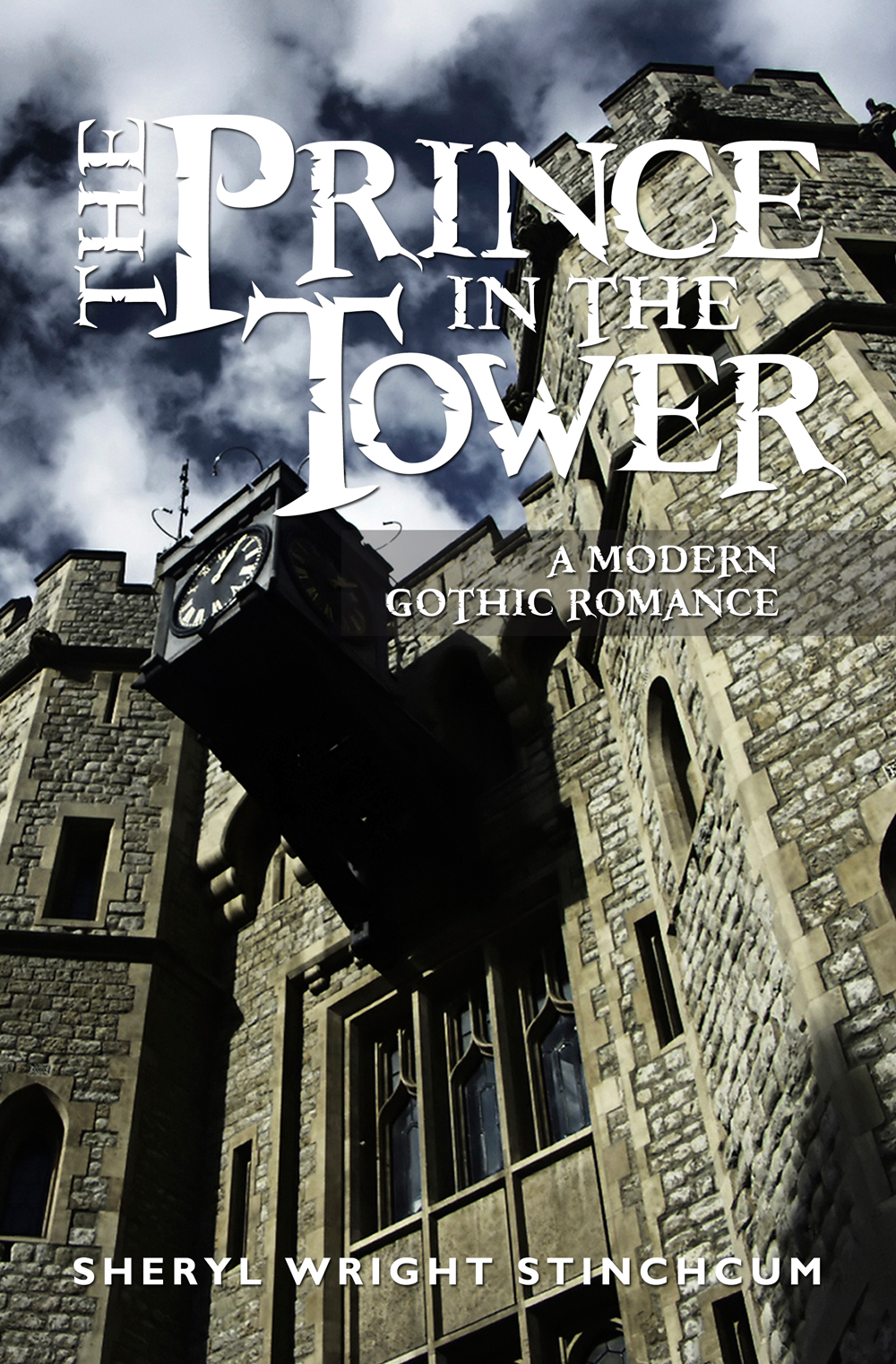